TRENDING:
Google+
You are at:Home»BUZZ»Huawei Honor 5X – Available for Pre-Order for $199!
By Max Sandoval on January 7, 2016 BUZZ, DEALS

At CES 2016, many new gadgets were announced.  However, not all of them have an availability date – the Huawei Honor 5X does.

Huawei has had the Honor line overseas (released last October) and it is now bringing the 5X here to the U.S of A.  The Huawei 5X is a mid-tier phone dressed up in high end finishes.  For example, the Honor 5X has a finger print sensor – there is no other device in the market under $200 that can make that claim. 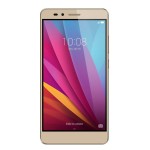 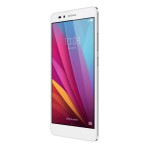 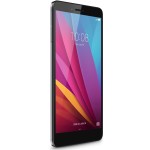 You can use the Honor 5X with AT&T and T-Mobile here in the U.S. along with their pre-paid variants: Cricket Wireless, Straight Talk, etc.

We will be doing a full review on this phone once its available, but if you’re interested in pre-ordering the device, you can pre-order from the different retailers below.

The Huawei Honor 5X will be released at the end of the month – January 31, 2015.  If you’re looking for an affordable smartphone with an elegant design – you may want to consider pre-ordering.

What do you think?  Taking the bait at $199.99?  Or waiting until reviews come in – tweet us @AsianGeekSquad.