What better way to play the upcoming Detective Pikachu game than to play it on play it on a special edition Pikachu Edition New Nintendo 2DS XL, coming this January 26.

If you’re a Pikachu fan and in need of a NN2DSXL, this condole is definitely for you! 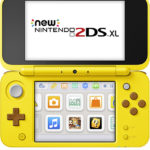 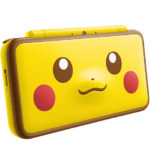 In case you purchase this device, the following are included with your purchase

Are you ready for the Pikachu Edition of NN2DSXL?  How about the upcoming Detective Pikachu game?

PS. Don’t forget to stock up on Nintendo Digital Deals – up to 30% off games on the Nintendo eShop!